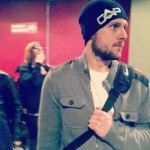 A week away from team roster ratings and I’ve put together my predictions on who’s going where for our team selection. Using some previous selections as well as favorite teams this is the best I could come up with. The biggest takeaway here is the amount of good teams available late and there really not being that much dumpster fires.

2. Pest: Baltimore Ravens Pest is in a bind this season. Constant chatter of him taking a top team will land newly sexed up Pest in constant heat all cycle. Will Pest take a lesser team to avoid backlash? Yes and no. Pest dips into the tier 2 of teams here with Baltimore and will shortly have this team to 99 overall within a season or two.

3. Danny: Arizona Cardinals.  The CMs need a presence in the NFC West and Danny jumps in here for his patrol duties. A team that will get better each season and an very good user makes this team dangerous from season 1.

4. Woat: New Orleans Saints. Woat leaves the Broncos in the dust here and takes the talented Saints. It’s hard to imagine anyone struggling after seeing how Alvin Kamara plays in the beta so Woat should be more competitive this Madden.

5. Ty: Chicago Bears. Going back to the well here is Ty and Chicago. The Bears could be argued as a top 5 team with an insane defense and blooming young offense.

6. Cory: Buffalo Bills. The newest CM is showing he has the biggest balls here in taking his favorite team in the Bills. With a sneaky good defense, Cory is making his case for CM of the people with his team selection here.

7. Warren: Kansas City Chiefs. To take or not to take the 99 speed Tyreek Hill. A pass heavy owner takes a pass heavy team with weapons.

9. Davey: New England Patriots. While this pick may seem obvious to some, deep down Davey is close to switching it up completely. A die-hard Pats fan with the ability to write “go pats” in the chat 15 times a day has to stick with his club in order to keep this alive.

10. Fin: Carolina Panthers. This is the equivalent of when the Colts sucked for Luck and it was just a matter of time until he was drafted. This team fits Fin’s play style perfectly. Hike and immediately run out of the pocket with Cam and throw a slot streak to a speedy WR while the deep third safety magically runs the wrong way.

11. Seran: Dallas Cowboys. Seran takes the first team in the NFC East with the underrated Dallas Cowboys. With a young nucleus on offense and two (three? If Sean Lee counts) stud linebackers, Seran will have this team competing from day one.

12. Jordan: LA Chargers. You get an x-factor, you get an x-factor, EVERYBODY gets an x-factor. With superstar Melvin Gordon and elite route runner Keenan Allen, letting this team drop to 12 is a mistake for the league. Jordan’s defensive philosophy of dropping 10 into coverage while somehow generating a pass rush will be on full display with Joey Bosa looping around the RT while the whole o-line watches.

13. Donny: Philadelphia Eagles. 200 IQ Donny doesn’t use much brain power on this selection and scoops up the Eagles. Still prime with talent and a roster without much weaknesses Donny will be a force early on.

14. Ptown: San Francisco 49ers. The 49ers have the ability to go top 5 as they are that talented. California boy Ptown takes a California team in the 49ers. Lacking a true chuck it into coverage wide receiver, look for Ptown to be in the DMs of any coach with a spectacular catch wide receiver.

16. TheMr.Lance: New York Giants. Perhaps the first surprise on the list, Lance grabs the Giants due to one of the best RBs in the game with Saquon Barkley. The biggest issue here is can 63 ovr Daniel Jones progress?

17. Nano: Pittsburgh Steelers. When not traveling the USA’s Midwest, Nano is selecting his favorite team in the Steelers. Hopefully he has purchased a new controller and some padded walls to avoid future rage quit scenarios.

18. Mindfire: Houston Texans. Apex pro sticks with the Texans in what appears to be great value. Majority of teams in the teens to early 20’s all have cases to go in these spots and it comes down to preference.

19. Willie: Seattle Seahawks. Willie takes the fastest QB available and runs his way into multiple suspensions until giving up Madden for NBA 2K20.

20. Isaias: Green Bay Packers. Top 2 QB Aaron Rodgers and a young up and coming defense make this an easy pick for Isaias. Not sure if I’ve seen him in chat or he’s even in the league at this point but here you go.

21. Arlen: Indianapolis Colts: Flush with cap space and a young talented roster, Arlen has the potential to make this team into a powerhouse in short time.

22. Steele: Tennessee Titans. Does anyone really know what Steele thinks of any team outside the Bills? Probably the biggest wildcard for team selection and as a human being this could literally be any remaining pick.

23. Grid: Oakland Raiders. The Packers are gone so Grid tests out the new and improved Oakland roster. With 3 first rounder’s on the team the Raiders have potential to be a force in the AFC.

24. Troy: Jacksonville Jaguars. Troy and cover 0, name a more iconic duo. With two lock down corners Troy finds himself able to run pinch buck 0 out of 3-4 every single play for every single season while having success.

25. Boom: Tampa Bay Buccaneers: Slim pickings at this point for these owners. Boom was shafted on the lottery system and now gets the Bucs as a consolation prize. Luckily this team still boasts an impressive offense with X-factor Mike Evans and Co.

27. Blue: Cincinnati Bengals: Steele’s younger brother who is 11 years old takes AJ Green and John Ross and makes the AFC North a tough division. Once high school starts for this kid his team will start to trend downwards.

28. Derek: Minnesota Vikings. Derek has been quiet in chat these past few months and rumor is he’s been searching for the next great anime profile picture to reveal. Until then he gets stuck with the cap strapped Vikings and their fans who wear horns on their heads.

29. Flex: Denver Broncos. Neither of these teams fit the 4 verts every play style that Flex likes to run but Denver’s defense is far superior to the remaining teams.

31. Allen: Miami Dolphins: Fin bribed the CMs to get his buddy in this league and Allen actually wants to be the Dolphins. Here ya go and good luck.